The western ferry terminal of the Port of Helsinki was just equipped with smartmicro’s TRUGRD sensors. 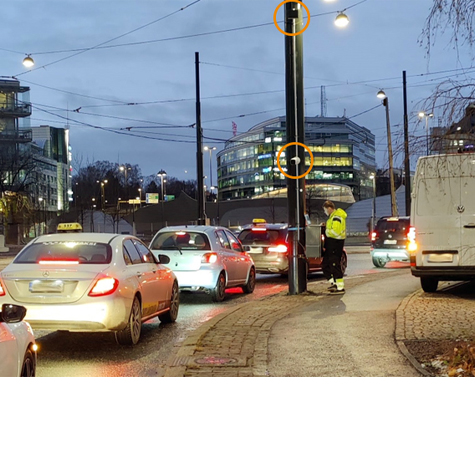 The Port of Helsinki became the world's busiest passenger terminal in 2017. About 12 million passengers use this port for scheduled routes, supplemented with cruise liners and heavy-duty traffic.

The western ferry terminal of the Port of Helsinki was just equipped with smartmicro’s TRUGRD sensors. Our partner Nodeon in Finland installed several smartmicro sensors to avoid temporary traffic lockdowns and to analyze the CO2 emissions created by short-term visitors as well as pick-up and drop-off traffic.

While the installed ANPR camera is used for detecting and determining the proportional share of short-term visitors, the TRUGRD sensor provides reliable and precise traffic volumes.

While the ANPR detection rate varied from 90-99%, even dropping below in dense traffic scenarios and because of the harsh environmental conditions, the smartmicro sensors showed a near perfect detection rate in all weather conditions.